8 Quarantined Places You Are Not Allowed To Visit

Have your parents ever told you you’re not allowed to go somewhere? If they were talking about these toxic places you might want to pay attention!

Charley Morton—time travel genius who dreams of being a forensic anthropologist—could tell you a thing or two about quarantined places.

The word "quarantine" itself comes from the Italian words "quaranta giorni," which translate to "forty days." During the Middle Ages, ships arriving in Venice from infected ports were required to wait at anchor for forty days before entering the city to protect the population from plague epidemics.

Located in the East River near New York City, North Brother Island rose to notoriety as the location of Riverside Hospital, which was founded in 1885 and housed patients quarantined due to diseases like typhoid. The famous Typhoid Mary was forced against her will to stay in the hospital after it was discovered she carried the disease and had unintentionally infected several people she worked for. Riverside Hospital was once again shrouded in controversy when it became a "disreputable" treatment center for drug addicts. The hospital and the island were both abandoned in the 1960s, and, since then, it has been quarantined due to structural problems with the old buildings. Currently, the island is a bird sanctuary for herons and belongs to the Parks Department in New York. North Brother Island is a humbling reminder that although we may inhabit an area, nature takes over once again when we leave it be.

Ilha da Queimada Grande, also known as Snake Island, is located just off the coastline of Brazil, roughly 93 miles away from São Paulo. This island is home to a particular kind of poisonous pit viper: the golden lancehead. Due to a lack of natural predators on the island, the golden lancehead snake has overpopulated the land, and the snake is so poisonous that the Brazilian Navy has prohibited visitation. Despite the sheer volume of snakes, the golden lancehead viper is considered critically endangered because the entire species is only found on Snake Island. The Brazilian Navy maintains a lighthouse on Queimada Grande, and has destroyed vegetation in the process. This, in turn, has further endangered the species.

Located in Harris County, Texas, the Brio Superfund Refinery Site was a chemical re-processing plant and toxic waste dump from the 1950s to 1982. Unfortunately, the same year the site was destroyed, local realtors established a neighborhood near the toxic dump. After the nearby neighborhood began to suffer from chronic health problems and newborn children were diagnosed with leukemia, it was discovered that the toxic waste from the site had contaminated the neighborhood's water system. The Environmental Protection Agency placed the site on the Superfund list of the nation's most toxic work sites in 1985, and in 1992, six chemical companies settled with the neighborhood paying out $207 million in damages. The site is still quarantined to this day, and the nearby neighborhood has since been abandoned.

With the Cold War looming in the 1950s and the United States considering nuclear-powered vehicles, scientists at the time decided to build an underground facility and irradiate both military vehicles and the environment to see the effects. The Georgia Nuclear Aircraft Lab was a joint effort between the United States Air Force and Lockheed-Martin, a contractor. The facility was closed down and abandoned in 1971 for unknown reasons, and all the entrances were buried so they could not be explored. The exact nature of the radiation testing and the results are still classified.

North Sentinel Island is one of the Andaman Islands in the Bay of Bengal, and it became an exclusion zone due to the hostility of the Sentinelese people, a native tribe that has had little contact with outside societies for centuries. Anthropologists and even the Indian government have attempted to befriend the tribe, with the most notable advancement made in 1880, when an expedition led by M. V. Portman kidnapped six Sentinelese people and rewarded the ones that did not perish from disease with gifts. In 1981, a Panamanian freighter named the Primrose got caught in the reefs around North Sentinel Island, and the natives attacked the ship while the crew awaited rescue. The wreckage of the Primrose can be seen in aerial photographs to this day. In 2006, two fishermen were killed when they got too close to the island. The Indian government has since labeled the island off limits to protect the natives from disease and explorers from potentially dangerous interactions.

Vozrozhdeniye Island—Russian for Renaissance Island—is the former site of a bioweapons lab. It was abandoned in the early 1990s after the collapse of the USSR, and some of the lab's most dangerous biological weapons—including anthrax and an antibiotic-resistant strain of plague—were buried in the land surrounding the facility to cover up any evidence of illegal weapon manufacturing. Although a good portion of the diseases were destroyed in the decontamination process, there is evidence that there are still some living anthrax spores buried deep in the site. Currently, the most pervasive fear is that the spores will escape containment and leak into the surrounding area, but a full cleansing of the island will be costly for both the United States and Russia. Fingers crossed!

As the plague ravaged Europe in the Middle Ages, Lazaretto Vecchio was a small island that was established in 1423 as a quarantine zone for the infected. The plague is estimated to have claimed up to 500 victims a day, so it was no surprise for archeologists to find that that island is home to several mass grave sites. While it is currently rather difficult to visit the island, there are plans in progress to make a museum on the island dedicated to its unusual history.

Centralia, Pennsylvania, was once a coal-mining town, until one day in 1962 when the coal supply under the town caught fire. The residents are not sure how it started, but not long afterwards, the residents were forced to evacuate their homes due to carbon monoxide poisoning. As the fire began to burn the underlying coal deposits, the ground and roads in Centralia would give way without warning. A twelve-year-old boy nearly died after he fell into a hole that opened in his backyard. In 1992, the government officially condemned Centralia, and most of the residents moved out. Even after it was mostly abandoned, a few residents stayed behind and still live in the surrounding area. 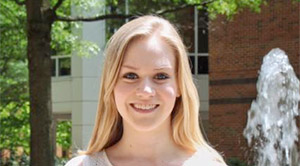