How losing the competition that would lead to the job-of-a-lifetime against a detested rival led to the rise of one of the world's most famous architects.

Imagine training all your life for the U.S. Olympic team and dedicating years of hard work, practice, and travel. Then, qualifying for the Olympic trials where you desperately hope to not only make it to the Olympics, but also to beat your archrival, just to make your success that much sweeter. But the... you tie with your rival, and (s)he, having the higher overall score, qualifies for the Olympics while you're left behind. Would you feel bitter and let your failure get to you? Or would you take some time to get over the loss and and then turn your attention to some new goal?

That's exactly the kind of scenario Renaissance sculptor Filippo Brunelleschi faced when he and his archrival, Lorenzo Ghiberti, tied for a major competition in an effort to win the commission to sculpt the bronze reliefs for the Baptistery of Florence. The Baptistery was already one of the oldest and most renowned buildings in Florence in the early 15th century, when the competition took place. When Brunelleschi and Ghiberti tied in the contest and were told that they could sculpt the reliefs together, it was a blow to Brunelleschi's ego and confidence; he simply couldn't share this commission.

It wasn't because his own trial panel was subpar. In fact, "The Sacrifice of Isaac" is considered to be one of Brunelleschi's best works as a sculptor. But it still didn't outdo Ghiberti's design.

The disappointment led Brunelleschi to quit sculpture forever. Instead, he decided to refocus his career on architecture. And, while many critics reprimanded him for quitting, they're completely wrong. What Brunelleschi took on next was much bigger, much more challenging, and much more impactful than the reliefs on a church door.

That something greater Brunelleschi got to take on? Florence's magnificent, eye-popping Duomo – the magnificent dome that stands as the symbol for the city today, almost 700 years later.

And Brunelleschi didn't stop there. He went on to create several other notable structures in Florence, and even discovered--and rediscovered--new and lost principles that opened artists and designers up to innumerable new possibilities in art, architecture, and design.

So who was Filippo Brunelleschi before he became an esteemed architect? Little is known about Brunelleschi's childhood. What we do know is that he was born in Florence in 1377 and was the second of three sons. His father was a very wealthy notary--what today might be known as a lawyer. This most likely gave him many advantages later on in life because he was connected to prominent families and studios where the young Brunelleschi could learn and practice his trade. It is hard to imagine Brunelleschi as a kid, unaware of the amazing structures he would one day create, and that would revolutionize and define Florence. Think about how that could be you: one day a typical kid, the next a genius of the twenty first century!

Brunelleschi's Failure and His Journey to Success

Regardless of Brunelleschi's ultimate success, his career started off pretty badly. When he lost the contest to design the Baptistry doors in 1401 (the same year he was accepted into the Arte della Seta, a silk merchant's guild, of all things), it was not just Ghiberti he had been up against, but five other sculptors, including Jacopo della Quercia, Simone da Colle, Niccolò d'Arezzo, Niccolò di Pietro Lamberti, and Francesco di Valdambrino. The competition was fierce.

Shortly after his weighty disappointment, Brunelleschi set off for Rome with his close friend and fellow artist Donatello. Coming upon the ruins and classical sculptures and buildings of Ancient Rome greatly inspired Brunelleschi, and many believe that it was this trip that inspired him to channel his energy, focus, and talents on architecture.

On his return to Florence, he immediately started to make an impact on that city. Sometime between 1410-1415, for example, Brunelleschi rediscovered the principles of linear perspective in construction; while these principles had been known to the ancient Greeks and Romans, they had been lost during the Middle Ages.

If you're an artist, or you've taken art in school, you're most likely familiar with linear perspective; the point of which is to create an illusion of depth on a flat surface. To achieve this perspective, all parallel lines in a painting or drawing must converge into a single "vanishing point" on the composition's horizon line.

It was thanks to these optical/geometrical principles that artists could now make illusions of 3D space and solid objects. Despite his breakthrough, however, Brunelleschi had another setback: even though it was he who had been the mastermind behind these new realizations, it was Leon Battista Alberti who codified those principles in 1435 and received most of the credit.

But never mind a few principles... Brunelleschi was in the process of designing one of Italy's, and probably the world's, most magnificent and complex structures.

Brunelleschi Shocks the World with a Dome

Several years after Brunelleschi discovered the principles of linear perspective in 1418, the officials of the Cathedral of Santa Maria del Fiore held a contest. Construction on the cathedral, nicknamed the Duomo, had begun back in 1296, but by 1418 construction could not continue until the challenging need to build a vault above the enormous octagonal shaped structure was achieved.

The vault had already been designed years earlier during the Gothic period as a curved, eight-sided vault without any exterior support, meaning the design might leave the ultimate structure flimsy and unstable. This issue had been the cause of innumerable arguments between architects over several generations because no one could seem to find a proper solution.

But this was a problem waiting for Brunelleschi's architectural genius-self to solve.

A Dome Stronger Than Any Other

So what made Brunelleschi's dome so much better than any other? There are those who say that it was his ambition, as well as his determination, that proved that he was meant to have this job.

He designed his own machinery to construct the dome; machinery that had never been invented before his time. Brunelleschi's design was untraditional and, so, required steps in the construction that had been taken by very few architects before him. His design, for example, involved a structure that could be built without the traditional wooden skeletal framework, but rather by placing brickwork in herringbone patterns between a framework of stone beams.

This may not sound revolutionary to us today, but back then, it was unimaginable. First, building a self-supporting dome, without scaffolding, in a way that it supported itself, had never been achieved. Next, consider that the resources on-hand for completing Brunelleschi's design were extremely limited. Not only had the recipe for mixing cement been lost since the fall of the Roman Empire, there was also a significant lack of forests or trees near Florence. Without trees, there was no lumber for either scaffolding or for the actual dome.

The impossibility of this job that would be extremely tedious and difficult to overcome was the fact that the diameter of the Duomo's dome was significantly larger than the then-wonder of the world, the Hagia Sophia dome in Constantinople (about 88.5 feet, or about 4.5 yards longer than a traditional 25 yard swimming pool). In fact, the Hagia Sophia dome was equal in size to Rome's Pantheon (an early second-century building).

While it may seem unimpressive that Brunelleschi was able to accomplish the same feats as architects hundreds of years before him, consider this: those principles had been lost for centuries, if not millennia, and it was Brunelleschi who rediscovered them.

Brunelleschi was also faced with the challenge of making the dome's exterior just as impressive as its interior. This proved to be quite a tedious task; while the domes of the Pantheon and Hagia Sophia were designed to be stunning inside the buildings; Brunelleschi designed his dome so that its exterior was just as alluring as its interior.

In fact, he achieved all that in his design: the dome can be seen from miles away and highlights the entire city of Florence's beauty and magnificence. The dome was so beautiful that the Pope himself consecrated it on Easter Sunday in 1436.

Even after the grand success of the dome, Brunelleschi kept working on designing components for the cathedral. His design for the crowning lantern at the top of his dome was approved the same year the cathedral was consecrated. Brunelleschi also designed the Duomo's lateral tribunes, or semi-circular structures.

It was due to Brunelleschi's success in constructing a dome for Florence's Cathedral of Santa Maria, in fact, that by the early 1420s, he was one of the most prominent and well-known architects in Florence. Brunelleschi threw himself into his work and, in 1420, was even made the chief architect of the dome project, a job he held until his death in 1446.

Because of his amazing feats of construction, that the Duomo stands out majestically in Florence and the world, and considered by many to be the greatest symbol of the Renaissance era's rediscovery of science. 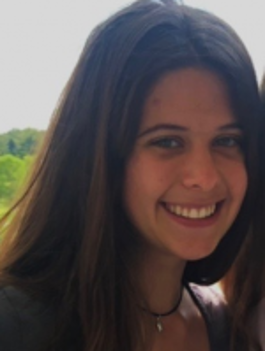 More Stories from The Renaissance