Alien civilizations might wonder, "What's up with these humans?" from excavating the trash we've left orbiting our planet. But what messages are we sending into space to demonstrate the best in us?

As you enter the Exploring the Planets gallery at the National Air and Space Museum in Washington, D.C., you can hear the melodic sounds of classical music, the tongues of many foreign nations, a rainstorm, or maybe some crickets. The summer after my sophomore year, I became a volunteer at the Air and Space Museum to read stories and do activities with the many kids exploring the museum. I heard these sounds practically every day. The music molded well with the vibe of the exhibit and it was like white noise to my ears. I did not understand why it played on repeat over and over again, so I asked my boss about it. My boss explained it played sounds from Earth's intergalactic time capsule, The Golden Record.

In 1977, NASA (the U.S. National Aeronautics and Space Administration) sent Voyager, an unmanned spacecraft, out into space with a message from Earth, hoping that one day some being from another part of our universe will discover it and learn about us . It gave basic directions to our planet's location that an intelligent life form would be able to decode. Its purpose is to show who we are as a species to whatever life is out there in this ever-expanding universe. It contains greetings in 55 languages and includes music such as Chuck Berry's Johnny B. Goode and Beethoven's fifth symphony.

Besides regular music, The Sounds of Earth includes the sound of a baby and its mother, a truck, a dog's bark, the clack of Morse code, and the clap of thunder. President Jimmy Carter, at the time of the launch, declared, This is a present from a small, distant world, a token of our sounds, our science, our images, our music, our thoughts and our feelings. We are attempting to survive our time so we may live into yours.

This isn't the only message we've sent out into space. Our good friend Leonardo da Vinci was the first man on Mars (well, in a way). His Codex on the Flight of Birds and many of his drawings flew aboard the Curiosity Rover on its mission to Mars. NASA sent Da Vinci's works to the Red Planet because they are considered emblematic of human life on Earth. I think they showcase our creativity and complex understanding of the world, so to me, including da Vinci's visionary design was a no brainer.

But da Vinci's Vitruvian Man isn't the only human image flying out into the cosmos. We have been sending messages into space inadvertently for almost a century now. Radio waves and electromagnetic signals have bounced their way off Earth, into the galaxy and beyond. The signals from I Love Lucy have already traveled 57 light years through space. Imagine that the first alien exposure to life on our planet was seeing an episode where Lucy is making a commercial, making a hilarious mess of promoting a tonic called "Vitameatavegamin."" What kind of introduction to humankind would that be!

For any sentient being receiving them, these messages will have quite an impact – the Golden Record is designed to last up to 1,000 million (Earth) years!

Cosmologist Carl Sagan helped create the original Golden Record in 1977. Along with Jill Tarter and Frank Drake, he created the Search for Extraterrestrial Intelligence, a.k.a., SETI, in 1984. This Institute aims to find evidence of intelligent alien life forms. To date, we have no received no confirmation of any intelligent ETs.

Still, quite a bit has been changing on Planet Earth since 1977. That's why an organization called One Earth, is working with NASA to transmit an update to the Golden Record on NASA's New Horizons probe. New Horizons will pass Pluto and reach the end of our solar system, heading out to the rest of our universe. Like Voyager, this probe is scheduled to carry messages from humanity, including updated information on how life on Earth has changed in the past 40 years. To decide what sights and sounds from Earth to include, One Earth is crowdsourcing the Golden Record 2.0.

That means we all have a chance to make suggestions. What would you want an extraterrestrial life form to know about us? What do you think is unique about our planet and all its inhabitants that an intelligent life form from across the galaxy would want to know before making contact?

Check out oneearthmessage.org and add your ideas. Maybe you'll see your choice for the One Voice project selected. That could put you as close to immortality as any human can get! 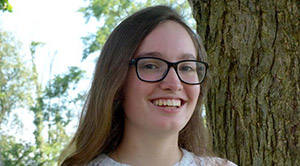